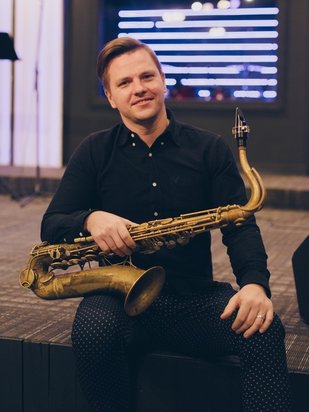 Michael Podupeyko is a saxophonist and
teacher in Seattle, Washington.

He studied classical and jazz saxophone. He
received a bachelor's degree in Rostov State
Rachmaninov Conservatoire in Russia.

He conducts active musical activity in the state of Washington. He plays in various styles of music -
jazz, blues, electronics. He collaborates with famous musicians. He also takes part in the worship
group of one of the local churches. Michael dreams
that more modern young people will become fond of jazz.

Chaz Rogers graduated magna cum laude from the University of Washington  with a Bachelor of Music in Guitar Performance in 2010. At the university, Chaz studied with Steve Novacek and Michael Partington, and performed in masterclasses with David Russell, Paul Galbraith, Eduardo Fernandez, and others.
Chaz won second prize at the 2008 Northwest Guitar Festival competition held in Seattle. Chaz is currently living in Olympia, where he performs and teaches.
Elaina has taught music for almost twenty years, working mostly as an elementary music specialist for the Highline Public Schools where she now teaches choir.
She studied Music Education at Seattle Pacific University (1998) and has a Master’s in Education from Lesley University (2003). Her musical experience includes leading worship in local area churches, teaching individual and group lessons in piano, voice and guitar, singing with her church choir, and occasionally at open mic nights. 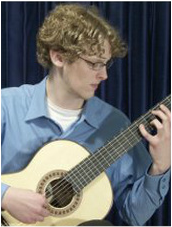 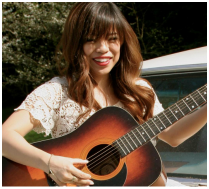 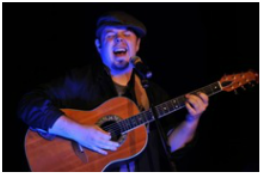 ​Zach has had nearly a decade performing professionally as a singer/songwriter in various venues and churches around the greater Seattle area, sharing the stage with the likes of Allen Stone, NBC’s The Sing Off finalists Groove For Thought, and some of today’s heavy hitting jazzers like Wally Gator Watson, Christian Fabien, and Kuni Mikami, who frequent the Lionel Hampton Jazz Festival near Pulman Washington.
Zach's love for songwriting drives his his passion to see peoples creativity stirred by music.  He has a particular passion for young people and seeing them dig in to what they truly love.  “I believe our gifts should be used to stir the gifts in those we come in contact with.”  A CD is available on ITunes.
Ken Jacobsen is a guitarist, cellist, multi-instrumentalist, composer and producer who currently lives in Tacoma WA and teaches there as well as Vashon Island. He has a degree in classical guitar performance and has performed and recorded many different classical styles including Renaissance, Baroque, Spanish/Flamenco, Brazilian guitar, Tango and modern music. He performs regularly as a solo guitarist and with various ensembles including Tacomas's Verde ensemble and the Vashon-Maury Island Chamber Orchestra. He also loves playing Jazz guitar, everything from Duke Ellington to Miles Davis and John Coltrane, Bossa Nova, and Cuban Son. Ken has been playing cello as well for many years, beginning in college with an irresistible urge to learn the Bach Cello Suites, and currently performs regularly on electric cello with loops and effects, creating multi-layered ambient soundscapes. His love of world and folk music led him to the Middle Eastern Oud, Hammered Dulcimer, Mandolin and Djembe.

Bridget Hermano is a Private Voice instructor born and raised in Seattle, WA. Starting early, she was enrolled into the Seattle Girls' Choir at the age of 10. She then became a vocal student of popular singer/songwriter of the Philippines, Cecile Azarcon Inocentes for 7 years.

Throughout the years Bridget received additional vocal training at the University of Washington and with vocal coach, Craig Derry in New York City. She became involved in local music ministries and worship teams and has entered and won several singing and songwriting competitions. Her popular accolades include Kiro 7's televised singing competition Seattle's Stars as a Viewer's Choice finalist and recently making the girls Top 20 contenders in FOX's American Idol 2013.

​"Voice lessons empowered and uplifted my life at a young age and I'd love to do the same for others. It's always a blessing to participate in competitions and events but there is no joy comparable to helping students reach their goals vocally." - Bridget